TALES FROM THE TOWER 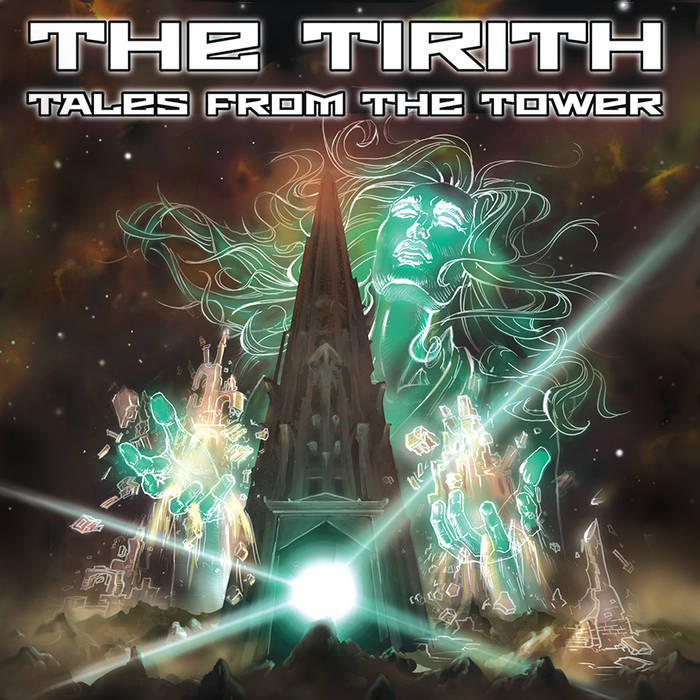 Alrihkh Gosh, darn...what to say? This music is thought provoking and down to earth; organic food for the soul. Instrumentation is very creative and clever; complementing the lyrical content very well. Smart and catchy...easy to immerse oneself in. It swept me away and left me eager for more. Great solos and great overall flow...

And so it begins, where it all began so many years ago. This album is the fulfillment of a dream, once but a fleeting memory, now made real.

“Tales From The Tower” is a rare album of real songs performed, interpreted and recorded in the modern progressive idiom, and features the songs of Tim Cox and Richard Cory. Most of the songs on this album are from the time of the first incarnation of The Tirith, they are the classic Tirith songs of our youth. Those songs have been taken, rearranged in some cases, lyrics have been supplemented, and the songs have been reinterpreted and presented for a new century and audience. Additional material has also been written.
“Tales From The Tower” is not a concept album, but there is a theme that runs through several of the songs. It starts with “The Tower”, that alien Tower on a distant planet, surrounded by methane snow, that we envisaged long ago. The Tower was one of our earliest songs and ends with the line, “The door drew back and so we saw”. “Song of all Ages” follows this theme, it tells of what we saw when that door drew back, the lone figure standing there, with the two moons in the sky, a witness for a lost alien race. The subject of these two songs is reflected in the cover art. “Lost” and the former song “Monday Evening”, both early Tirith material have been re-invented within this framework, as “Lost” and “Pioneers of the Outer Arm”. The former a tale of lost love on a galactic scale, and “Pioneers” a tale of a hapless band of privateers (probably us) bungling their way across the galaxy (in a ship too old to be for real). “Lost” is the epic track, it brings the album to a climactic finish with its big build up and slow epic end section.

“Tales From The Tower” took 3 years to complete and has been expertly produced and mixed by Tim Cox bringing all of his production experience to bear on the tracks.

This is only the start ,The Tirith have much more material ready for recording, and we are currently writing more.

Progressive Rock never truly went away, it might have lost its bearing for a while, it might have been mugged and left battered and bruised, bereft of its credentials by the doubters, haters and the advent of Punk in all its glorious shades giving it perhaps a giant kicking when the beast had lumbered on long past its first revolution. Progressive Rock never went away, despite it all and since 2000 has really been in a rich vein of form that has seen it out last time wise past both its original incarnation and the short but glimmering second coming spearheaded by the likes of Marillion.

So many years have passed since what could be called the Progressive Renaissance of the dawn of the new century, so many new bands have ploughed their own trophy filled field and given the genre such an appetite for inspection, for tales interspersed with a guitar solo so rich that it could afford to bail out a bank; if they so wished to sully their hands in the process.

Amongst the groups to shine a torch upon the once regal path and current democratic state of Prog is The Tirith, a band that straddles both eras either side of the second coming and yet feel so fresh and exciting that the urge to fold away the day and take the vinyl out of its various sleeves for a sojourn through Middle Earth verges on the edge of the mind.

With supplemented lyrics, rearrangements and the feeling of being lost but guided by a higher unseen power, songs such as Gin Lil, Home From The Sea, the excellent Daughter From The Water and the absorbing, beautifully adept Pioneers of the Outer Arm all find themselves chomping at the bit to bookend the various periods in which Progressive Rock has been vital; polished, full of big tunes and the feeling that the space between us all is not so very timid after all.

A tremendous creation, of rememberance and of fulfilment, The Tirith in any guise and form are a force to be reckoned with.

with;
Paul Williams – drums on ‘Farewell Fair Laurien’, ‘The Daughter of the Water’ , ‘Gazing at Stars’ and ‘The Tower’

Produced and mixed by Tim Cox

All drum tracks recorded at Quad Studios Leicester, except ‘Farewell Fair Laurien’, ‘The Daughter of the Water’, ‘Gazing at Stars’ and ‘The Tower’ recorded at Far Heath Studios Northampton. Overdubs and all other production work undertaken in London and Sheffield.

The Tirith are one of the new UK-based Progressive / Classic Rock Bands. The band has a long history stretching back to the 70s, the present band reformed in 2010 and have been playing festivals and select gigs since 2011. The band is known for playing a wide variety of music within the Progressive genre and beyond. ... more

Bandcamp Daily  your guide to the world of Bandcamp

Cannibal Corpse's George "Corpsegrinder" Fisher stops by for an interview