A Leap Into The Dark 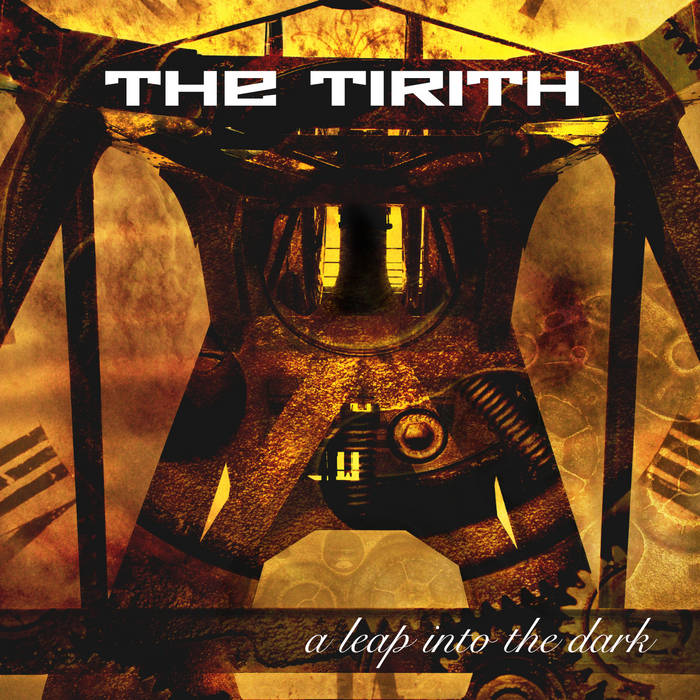 Alrihkh The Tirith have that wonderful ability/talent of flooding their music with their heart~flows. The vocals are lyrically convincing, and have a common man's earthy honesty. Very emotive. For me, it’s a toss up when it comes to a favourite song; between Kalaya and The Exile. I sure hope they have a lot more up their sleeves. 8+/10. Favorite track: Kalaya.

Stefan Hennig Exert from my DPRP review of the album.
The album opener presents a statement of intent. Crunching guitar, bass, drums and keyboards are introduced in classic Deep Purple style.
Throughout the disc I was reminded of Rush and Pallas, and some of the choruses or vocal melodies reminiscent of Saga and Styx. Keyboards add texture to the music when required enhancing the neo-progressive feel.
No More demonstrates the quality of their work. Favorite track: A Leap Into The Dark / The Autumn Of Our Days.

New music from The Tirith with this our second album, “A Leap Into The Dark”. We have concentrated on real songs performed, interpreted and recorded in the modern progressive idiom, featuring the songs of Tim Cox and Richard Cory. On our first album “Tales From The Tower” (2015), we recorded, for the first time, the songs of our youth, but on this album we have tried to take the music in a different direction and present a new era of Tirith music with a collection of songs written in the recent past. Hence it really is “A Leap Into The Dark”. Most of the songs on this album are true collaborations between Tim Cox and Richard Cory, written jointly and this gives the album a more integrated feel. Again we have avoided making a concept album but certain themes run through the album. The theme of alienation can be found in “Song of the Forgotten One” and “The Exile”, whereas a theme of nostalgia comes to the fore in “The Autumn Of Our Days”, “Nostalgia” and “No More” the latter being a valedictory for our friend Anthony Ashton. “Kalaya” is about a princess high in the Himalayas, and the Sphinx points to the theory that the Sphinx is more ancient than supposed according to Geological evidence. “And The Wind Will Come” is a poem by Tim Cox set to music and “The Scare” is our tribute to Ray Bradbury and all things ‘Something Wicked This Way Comes’. “The Nostalgia Sequence” is the epic track, it brings the album to a climactic finish with the end section “Desolation”. The album closes though with “The Autumn Of Our Day (reprise), an alternate and intimate take on the song that is part of the title track.

“A Leap Into The Dark” took 2 years to complete from the initial recordings undertaken in 2017 through to the final realisation of the album in 2019. The album was produced by Tim Cox.

with Paolo Iannattone, keyboards on some tracks

The Tirith are one of the new UK-based Progressive / Classic Rock Bands. The band has a long history stretching back to the 70s, the present band reformed in 2010 and have been playing festivals and select gigs since 2011. The band is known for playing a wide variety of music within the Progressive genre and beyond. ... more

Bandcamp Daily  your guide to the world of Bandcamp

Cannibal Corpse's George "Corpsegrinder" Fisher stops by for an interview